BAD PENGUIN is a traditionally animated 2D film that tells the story of 'Cooper' - a blind, street-wise jazz musician - who befriends an angry, armed-to-the-teeth penguin who wishes to show Clover City how much he hates Christmas.  In a city where a man’s life is worth less than the change in his pockets, can a blind man possibly teach this troubled, angst-ridden bird that people and Christmas are both very much worthwhile?   Though a traditionally animated film, Bad Penguin targets a mature audience.  Sex, drugs, violence and bigotry are all harsh realities in the world Bad Penguin inhabits.  Imagine if this penguin was the lovechild of Quentin Tarantino and Bugs Bunny!
www.badpenguinmovie.com 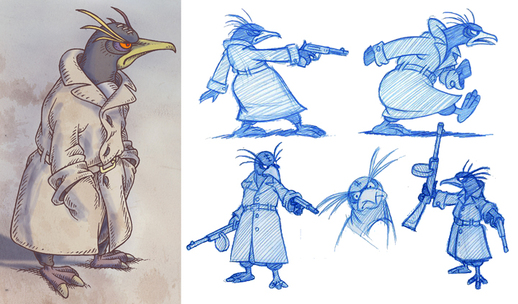 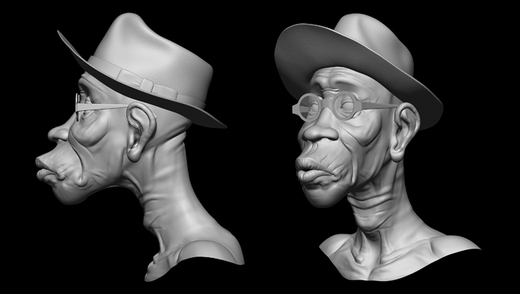 CG turnaround model of principal character 'Cooper' - reference for animators to draw from.