"ONCE UPON A TIME IN PENCILTOWN".

A course that offers an entirely new perspective on the History of Animation.

This is the first of Tony White's legacy projects.
Tony White has worked professionally in the animation industry for almost half of the time the industry has existed. At the beginning of his career, he studied and learned from some of the great master animators from the "Golden Era" of animation, taking all they taught him forward throughout his own award-winning career.

In that sense, Tony is part of animation's history - meaning that he is one of the last active animators from that generation who is still active, carrying the baton from the giants of the past, through to the the young and emerging master animators of the future.

Together with the knowledge he brings with him, there are also his memories, understandings and inspirations of what has been done throughout the over 100-years of animation's existence.

Consequently, so that he can communicate about so much of what he's seen and learned, Tony now seeks to create his own unique and definitive history of animation course - "ONCE UPON A TIME IN PENCILTOWN" - which tells (and in some places, illustrate through re-created animation) animation's history through the eyes of a master animator, not an academic! 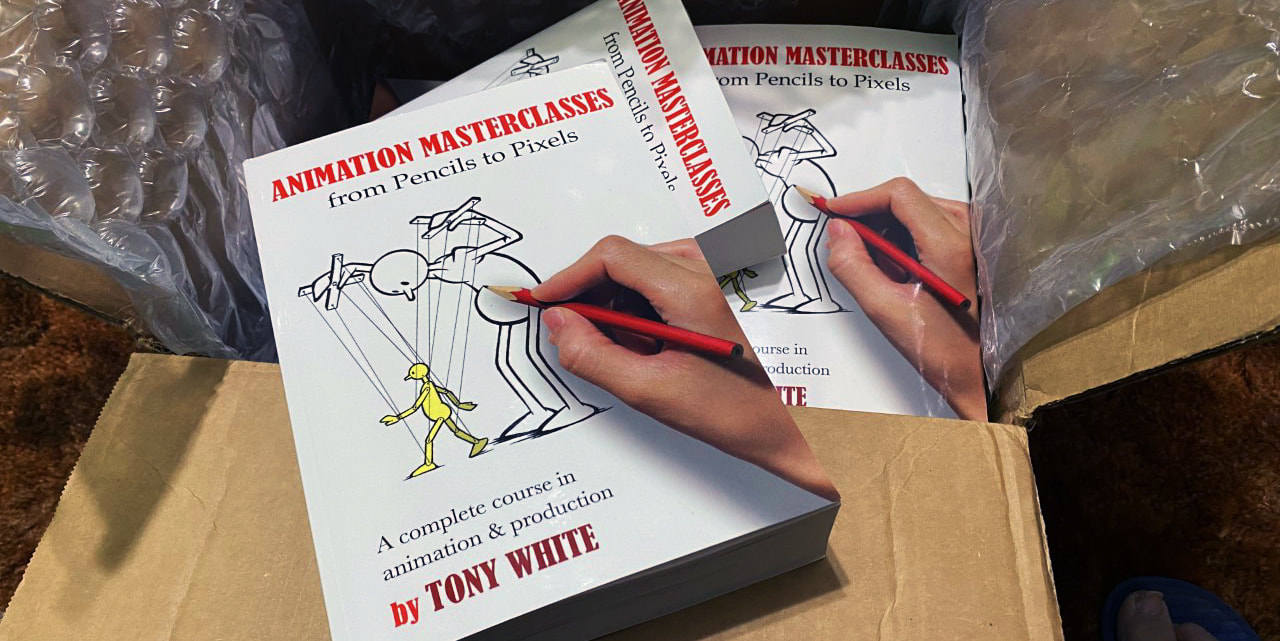 The new book arrived, hot off the presses, in November 2022!

Concept art for the Title Sequence.
A rough concept shot, that demonstrates the kind of intimate set-up Tony wants for his history of animation video course.
So, if this is your kind of thing, please support me on my Buy Me A Coffee or Patreon support pages.